Nicholas Ryan initially left Ireland in 2011 and worked in the fintech and finance industries in London for eight years before finding the pull of home too strong.

He moved home with a dream of creating Limerick’s first whiskey in 100 years.

“I saw the potential to develop a business but also wanted to spend time in my home country,” he explained. “The economy was really thriving at the time (pre-Covid) and I felt there were many more opportunities for me and my young family. There is fantastic support for entrepreneurship here, which has been very important in getting things off the ground.

Nicholas, who is originally from Ballyclough in Co. Limerick had an idea to create an Irish whiskey brand to combine his love for fine spirits and Irish culture.

“Limerick was the only county in Munster not to have its own whiskey. Thomond Gate Whiskey is Limerick’s first whiskey brand in 100 years and it’s my goal to bring heritage pot still whiskey back to Limerick. We have meticulously searched the Limerick archives to source and recreate a spirit, which was enjoyed by our previous generations.”

Blending past with the present 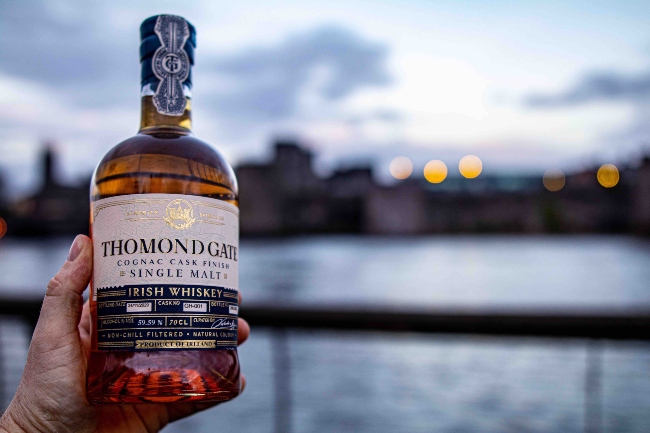 Thomond Gate Whiskey is now a reality. The company sources its whiskey from award-winning partner distilleries in Ireland but, in 2020, it started growing its own barley to include in its whiskies.

In December 2020, the company launched two limited release bottles of whiskey featuring the barley as part of its ‘Departed Spirits of Limerick’ series and they sold out within 24 hours. This follows the sell-out of its first 100 bottles in 12 hours last Christmas.

It has also launched its cask programme in December where you can buy casks of whiskey that you will receive when they mature. Almost half have already been bought by people in Ireland, Singapore, Australia, the US and the UK.

Nicholas is a trained sommelier and is an approved Spirits Educator, one of a few in Ireland. He has also established the Irish Whiskey and Spirits Institute, so he can offer training to the hospitality sector and spirit industry. 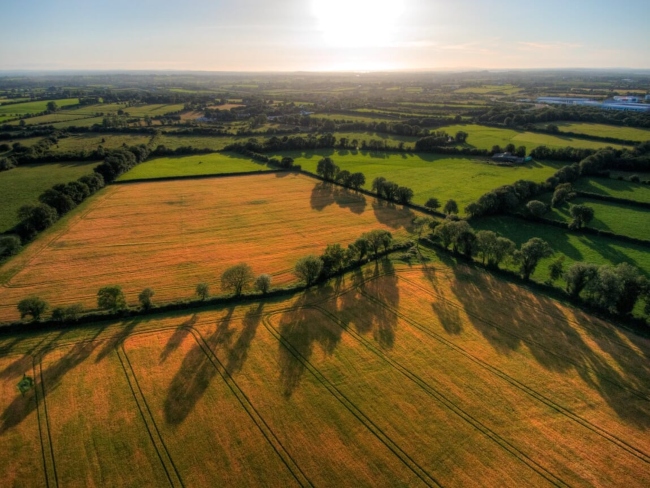 The grain fields from which Nicholas intends to gather the raw material for future batches of Thomond Gate Whiskey.

He said that the Back for Business initiative provided him with good introductions and networking opportunities to get his business going. “I was able to go through my business strategy with my Lead Entrepreneur and gain support from my peers who I now consider friends.”

Nicholas has received funding this year from the Local Enterprise Office (LEO) to establish a bottling plant in Limerick. “It is my vision to bring the whole process back to Limerick in the future,” he says.

He was shortlisted for Ireland’s Best Young Entrepreneur 2019 and has completed Phase Two of Enterprise Ireland’s New Frontiers programme.

Nicholas says that the process of starting a business in Ireland appeared hard, as he came back knowing very few people.

“Things take time and being a small business it’s difficult to get things to happen quickly enough.

“But the Irish community has been incredibly supportive and welcoming and there’s a lot of support for early-stage entrepreneurs like me. With the right support, I feel we’ve made huge progress in the last year and I am very much looking forward to the future.”