In 1809 construction started on the banks of the River Shannon and by 1818 the Thomond Gate Distillery was a sizeable operation. It produced Ireland’s famous Single Pot Still and Malt Irish whiskey, maturing whiskey in Sherry butts, hogsheads and quarter casks for local trade and export. The distillery operated three copper pot stills which produced a “whiskey of good reputation” known as Pot Still Real Irish Whiskey.

Over the last century the distillery changed hands a number of times and went by many names, including; Brown(e) Stein & Co, Messrs. Brown, Stein, and Co, Limerick Distillery Co Ltd and by 1868 it was known as Archibald Walkers Limerick Distillery. The only constant was the name, The Thomond Gate Distillery.

Between 1823, when the British Parliament passed the Excise Act, which permitted the licensing of whiskey,  the production of whiskey in Ireland quadrupled. During these golden years of production, in 1822 the Thomond Gate Distillery produced 231,790 gallons of spirits, which was about 1/20 of total Irish production and then in 1827 about 1/16. With so much spirit being produced, there was a growing demand for the spent grain used in the mash build which made a nutritious animal feed. Local farmers would travel to the distillery and for a fee would purchase tokens to the value of One or Two Tubs which could then be exchanged for the used grains.

From 1840, Ireland had 28 distilleries many of which were among the largest in the world. In the decade 1866 -1875, it attained considerable popularity with Irish whiskey the number one whiskey in the world. Irish distillers controlled about 70% of the world’s whiskey market and Irish whiskey was the drink of preference for Royal Courts across Europe. It also began to compete in England with gin, rum, and brandy. During this time The Thomond Gate Distillery alone was producing 9% of the world’s whiskey market.

During the 1870s, a detailed map of the distillery was made by Lieutenant Engledue of Phoenix Park, Dublin, showing the scale of the distillery. Around this time, Scotch was becoming a serious challenger and gaining momentum as a fashionable drink. In 1879, a fire broke out in one of the spirit-safes of the distillery which interrupted distilling for a week and caused about £2,000 worth of damage (estimated to cost around €265,000 today). The Limerick Chronicle, on 31 January 1880, recorded an account of the fire and the efforts of the three city fire brigades to bring it under control.

In 1885 Alfred Barnard, author of the infamous book “The Whisky Distilleries of the United Kingdom”, visited Thomond Gate Distillery and he described it as a “probably the finest undertaking of its kind in the four kingdoms”. He also said how it was a“fine old distillery planted on the banks of the Shannon, the works and buildings covered upwards of six acres”. He then remarked upon the excellence of the malting and barley lofts, the malting floors, kilns, mash house, mill and how “the whiskey made in this distillery is of good reputation and full-bodied and is said to possess rapidly maturing qualities’.

Alfred was impressed by six pairs of stones, driven by the 24 horse-power Boulton and Watt steam-engine and  75 craftsmen who were employed by the enterprise. They also worked its cooperage and carpentry workshops, many of whom were engineers, coppersmiths, and brass-fitters. Inspired by these craftsmen, it is not generally known that the well-known saying ‘Happy as Larry’ may have had its origin in Thomond Gate. Larry, who lived on the High Road, was a cooper employed at the distillery. He was such a happy and jovial character, always smiling and saluting everyone he met on his way to and from work, that his name became a byword.

In the beginning of the 20th century, due to the global economic and political turmoil, the Irish Whiskey industry went into decline. In 1902, the Scottish company DCL purchased the distillery, In 1904, the budget duties on whiskey were increased. Another major blow was struck to the economy with the outbreak of WW1. The rationing of grain was introduced between 1916-1919, resulting in all distillation being suspended, after the war the excessive duties nullified with a hope to support the already mortally wounded distilling business. The efforts were futile when in 1919, DCL permanently closed the distillery due to further instability brought on by the Irish War of Independence and bleak prospects for Thomond Gate Distillery as the USA, Ireland’s main export market, closed due to prohibition in 1920s.  Further restrictions from Anglo-Irish trade war in 1932-1938 then cut off exports to the British Empire. The copper stills went cold in 1919, by 1937 the buildings of the distillery were demolished to make way for the O’Dwyer Villas, ending a chapter of The Thomond Gate Distillery and Limerick’s whiskey production in the last century. 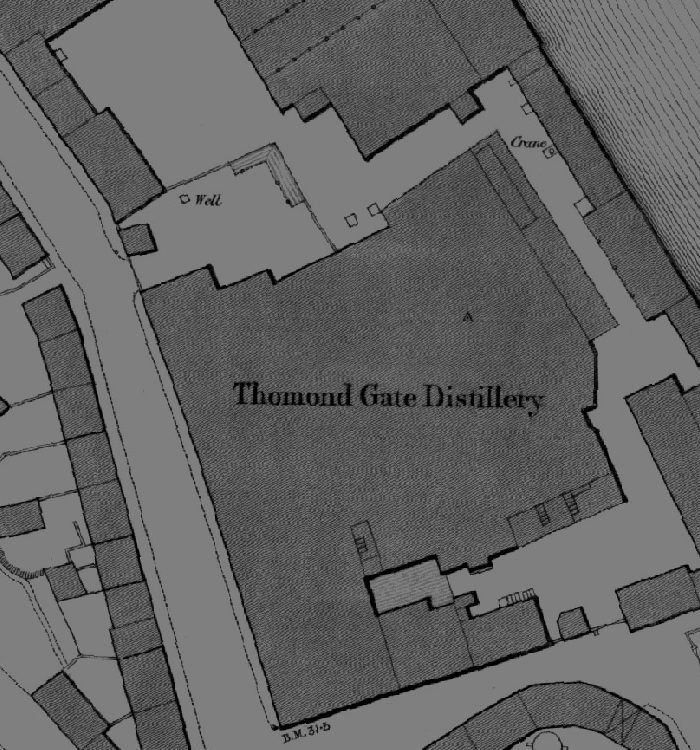 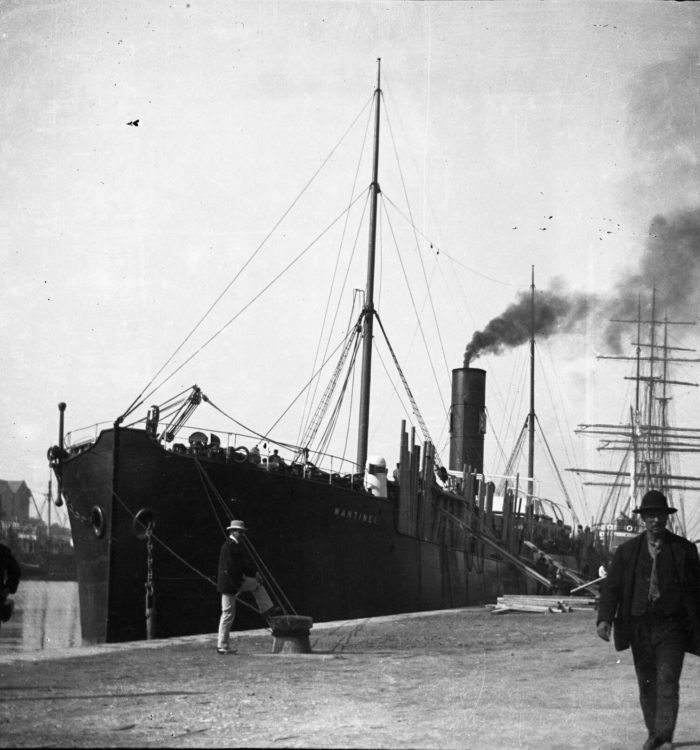